Against the hill, a stone throw away from the well-known Goudini-spa holiday resort also previously known as Goudini-bad and because of that, the mountain received the name Badsberg. This is where the cellar was built in 1951 and was also named Badsberg wine cellar.

Badsberg and Hanepoot wines were synonyms to each other in the early years of the cellar.  They were born for each other and intertwined with these is the Bothas, Le Roux’s, Stofbergs, Viljoens, Brinks and the Van der Merwes.

It’s their world, the area of Rawsonville and Goudini, the land of the pink summer sun and wet, icy winters, effervescent streams, rugged cliffs and vines like a vast carpet on the valley floor and wrinkles of the mountains that lie as far as the eye can see. 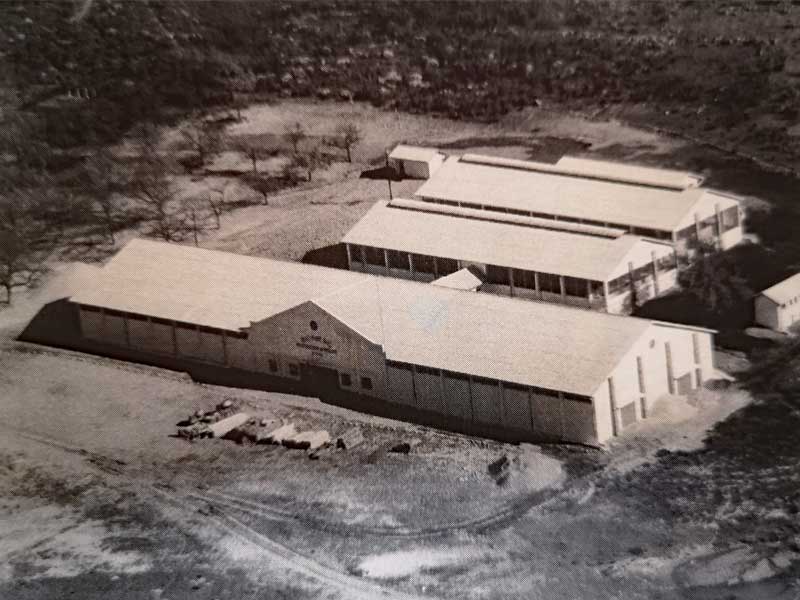 The strip, that divides the coast from the dry country, was previously known for their hanepoot grapes. The heat of summer and the deep, dark hanepoot soil of the valley provided great sugar levels for the grapes.

On a few farms, in their farm cellars, small amounts of wine were made for the use of distillation and table wines, when things started to go wrong on the overseas raisin market, they only had one way to go: to make wine!

South Africa became popular for the distribution of wine to Brittain. The war in Europe caused the negligence of the vineyards and the cellars started to run out of wine. On the other side, the South African consumers discovered white wine – especially the sweet, but dry – with that in mind a range of co-operative cellars formed in the mid-1940s. This was more cost-effectiveness and also provided wine for KWV and other co-operate producers. 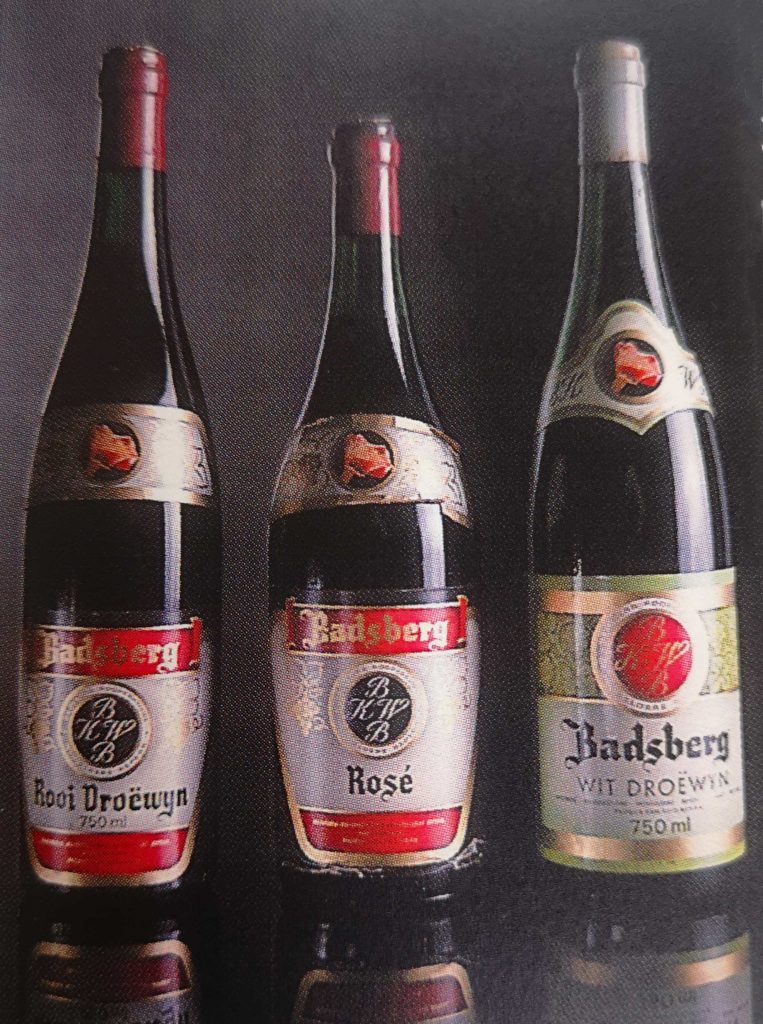 On the 13th of November 1950, a recruitment meeting was held on the farm Wagenheim, the owner Hendrik Francois Botha. The first office was at the home of the secretary, Mr JAS Viljoen, on the farm Lanquedoc near Rawsonville.

On the 6th of April 1951, eighteen producers turned up for the founders meeting on the farm, Groot Vlakte. They were concerned about signs of increased competition in the raisin market, even in South Africa the Orange River region was booming. There were also reports that Brittain is going to implemented new regulations that do not consider the welfare of the Worcester raisin producers.

Nearby areas such as Slanghoek already had their own co-operative wine cellar from the ground and with the power of observation, the areas’ producers could thoroughly assess the project’s viability. It is at that stage that Mrs Francis Botha, from Amandelrivier, proposed that they establish a co-operative cellar, it was seconded by Mr Phillipus van der Merwe, from Ruigtevlei and thus it was uniformly decided to call it Badsberg Co-operative Wine Cellar.

During October 1951 Mr PJM (Malherbe) Rossouw was formally appointed as the first winemaker and he started in January 1952 with his new task.

A week before the first harvest was delivered at the cellar, the board came together and set up a few rules and regulations regarding the harvest season. According to the handwritten rules, still in possession of the cellar, Mr H Stofberg, Mr Joubert Stofberg and Mr AJ Botha, who also were part of the meeting, stated that:

1. The cellar will be opened Monday to Friday from 7 to 12 then again from 1 in the afternoon. At about 5 in the afternoon, it should close for all the delivery trucks and all other vehicles passing by. The drivers should always have their harvesting permits with them.

2. In the case that inferiority grapes were found with noble varieties, the whole delivery would be marked as inferior. White and red muscat had to be kept separate. The weighing, sugar content and inspection of the grapes had been done by the officials appointed and members may not interact with them. In case of uncertainty, members can ask for the average of two sugar content samples and then the choice would be final. Members are left alone not to argue with the staff and any further complaints could be handed to the secretary within 5 working days’ time.

3. For quality reasons, no grapes would be held over the weekends.

4. The board also had the right to reject any of the vehicles or containers that members used to deliver grapes. It was recommended that a canvas covering had to be used for the vehicles delivering the grapes.

5. The skins of the grapes could be bought back for 2 shillings and 6 pennies per ton.